​​A newly out lesbian making up for lost time.
A nonbinary educator learning to train the straights.
A transman navigating life in the corporate world.
A gay guy looking for love and messing it up.
​
4 queer friends. Set in NYC.

Watch our proof-of-concept industry screener at home via Vimeo:

or... Check out the original YouTube playlist
​(currently unlisted)

"THESE THEMS is the rare ensemble series that effectively combines comedy with education, teaching its audience about gender nonconformity and various queer identities while delighting and captivating through sharp humor. Through seven incredible episodes, THESE THEMS features authentic casting and local settings, and puts the LGBTQ+ community in the driver’s seat, showing what can happen when we’re allowed to tell our own stories on television."
​               ~NewFest, NYC's LGBTQ+ film festival 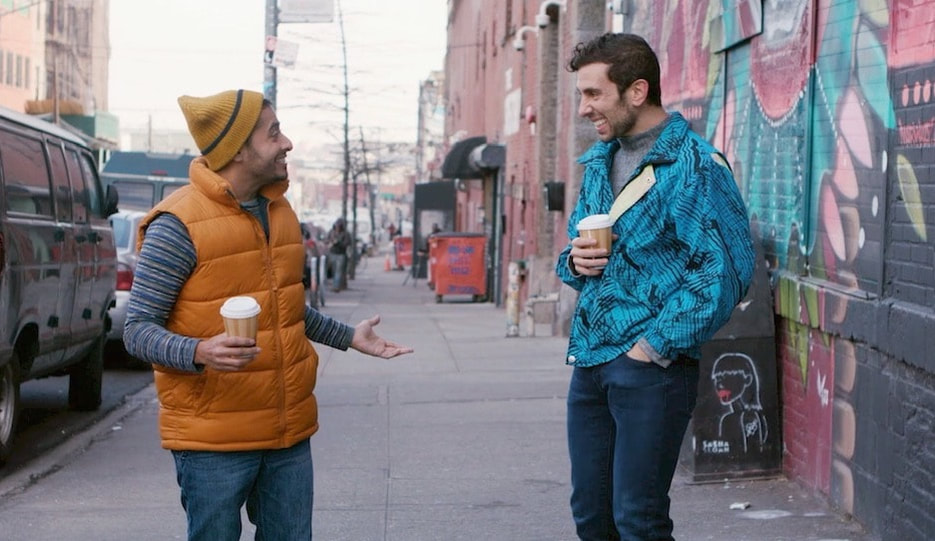 FOLLOW US ON SOCIAL MEDIA
​@these_thems
TO STAY UPDATED ON FESTIVAL SCREENINGS NEAR YOU
SUBSCRIBE TO OUR YOUTUBE PAGE
Subscribe
THESE THEMS follows the lives of four queer friends in NYC. The short-form series (82 mins TRT) was filmed in Manhattan and Brooklyn in December 2018. After gathering a fanbase during the pandemic, the series has been taken offline in efforts to sell the concept as a half hour series. Pilot and series bible available. Please contact our reps at PARADIGM TALENT AGENCY.

--
​
After realizing she may be a lesbian, GRETCHEN quickly befriends non binary dog walker VERO, who decides to stop training dogs and start training the straights. Vero takes Gretchen under their wing and introduces Gretchen to the queer world as she navigates what it's like to be newly out at the age of 30. Vero's childhood friend, ASHER, isn't out as trans at work and is faced with the decision to out himself when an opportunity for a LGBTQ account pops up. Gretchen's gay best friend and roommate, KEVIN, is looking for love and may have found it in Asher. We follow our four main characters through their lives in New York City as they navigate their world with an intersectional cast of queer and straight characters.

The series explores themes of queerness, gender identity, coming out, sexual empowerment, acceptance, and self expression. The audience will explore New York's vibrant LGBTQ+ community through Gretchen's eyes in a safe and joyful environment. The story is told through a comedic lens, with accurate representation: All queer characters are played by LGBTQ+ actors. Behind the camera, our entire filmmaking team was queer-identified, womxn, and/or POC.

CHECK US OUT ON SOCIAL MEDIA
Powered by